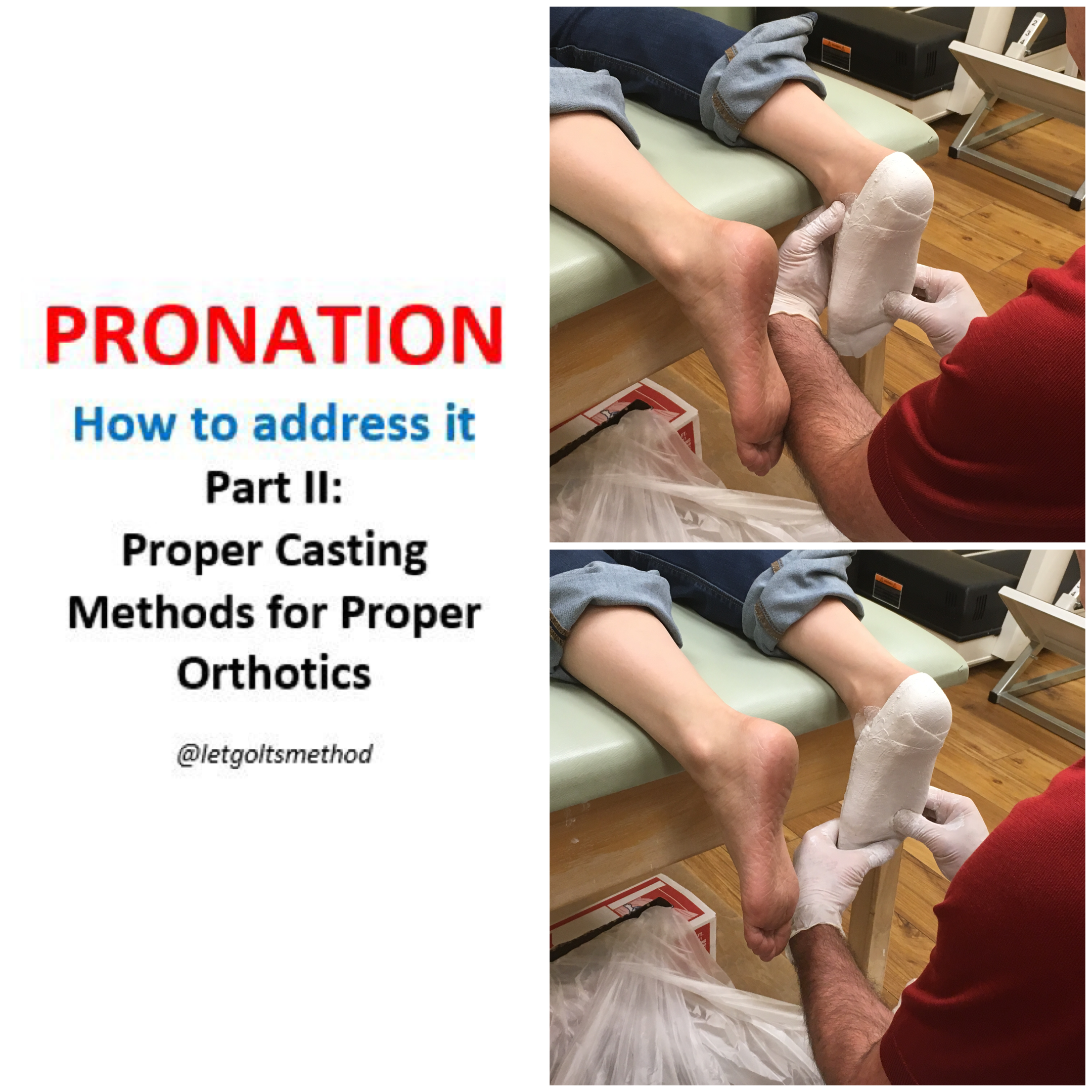 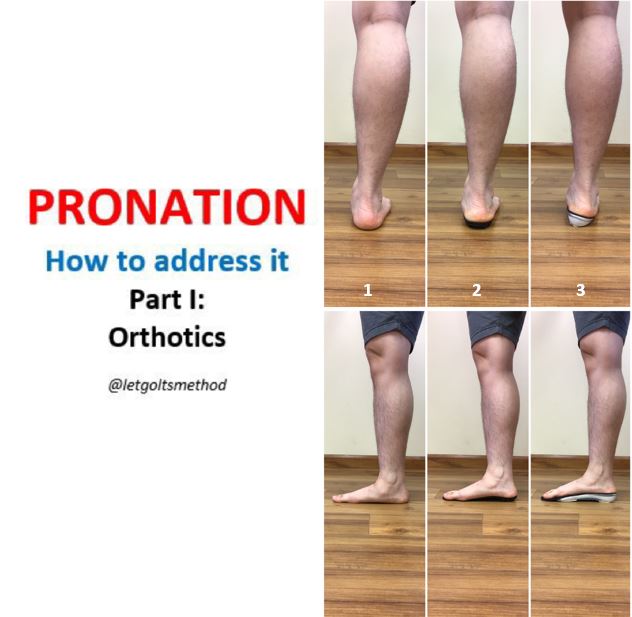 When the foot pronates and knee is rotated internally, any movement that requires flexion (bending) will occur at an oblique angle, as seen in the video above (the pronated foot is shown on the left, while the corrected foot is shown on the right). In other words, the knee does not move directly over the ankle, but rather off to the medial side (towards the midline of the body). Due to this oblique angle, people who pronate tend to excessively torque the knee—the degree of which depends on the degree of pronation. This puts additional strain on the anterior (front) and medial aspects of the knee, which may not be a significant issue when it comes to everyday activities such as walking, but it plays a huge factor in exercise and athletic performance.

Due to the additional torque on the knee caused by pronation, athletes in sports that involve explosive, rotational, and lateral movements—on top of rapid changes in direction—may be more prone to injuries. Since some individuals (particularly the young and/or fit crowd) may be able to compensate for their pronation, not necessarily everyone who pronates will experience symptoms of pain. However, regardless of injuries and/or pain, pronation can certainly affect athletic performance.

Having a “corrected” foot placed as close to subtalar neutral allows the knee and ankle to track properly, which translates to the optimal movement mechanics, as no energy is wasted in generating power. This significantly affects athletic performance, even in absence of injuries. When the knee doesn’t tract properly, more force is required to generate the same power and control the movement. This further exacerbates any issues caused by one’s pronation and can contribute to hip and knee stability. When the ankle and knee are properly aligned, the body is able to properly stabilize these structures and move more efficiently.

In our first post regarding pronation, we discussed how pronation affects static posture. Today we’ll discuss how pronation affects dynamic movement, particularly the lower extremities. As the foot pronates and the midfoot rotates medially (inward), the knee also rotates internally. This alone may not seem like a big deal when dealing strictly with posture, but the real damage is occurs during movement.

When people pronate they tend to stand with their feet pointed outwards due to their internally rotated knees. In order to stand in a way that takes stress off the knees, the feet must point outward: if the feet are parallel, the knees will be at an oblique angle towards the midline, which is uncomfortable for most people. Therefore, to keep the knees pointing straight forward, the toes must turn out.

As a result, people who pronate tend to roll around the ball of the foot instead of rolling through it when they walk. As seen in the video, the pronated foot begins to roll inward (during the mid-stance phase of the gait cycle) before the heel leaves the ground, whereas the corrected foot remains stable. As the foot remains stable at the ankle and midfoot, it can then move through the ball of the foot instead of rolling around it (during the heel-off phase of the gait cycle). Due to this change in gait a person can develop any combination of the following issues: bunions, plantar fasciitis, neuromas, Achilles tendonitis, lateral ankle pain, knee pain, IT band or piriformis syndrome, low back or neck pain and poor posture and balance.

Pronation Part III – Pronation is not the same as flat feet

In our previous post, we discussed what subtalar neutral and forefoot varus are and how they play a key role in determining whether someone pronates—go check it out if you haven’t seen it yet! This post will elaborate on that and focus on the difference between pronation and flat feet.

In the previous post, there is a visible (albeit relatively low) arch when the foot is placed in subtalar neutral. However, that arch disappears when the ball of the foot comes down to the ground and the foot relaxes. Similarly, one could have an arch when the foot is non-weight bearing but becomes flat when weight bearing. In the video below, the foot has a visible arch when lifted off the ground, but again, disappears as soon as it’s lowered and the ball of the foot comes down. Notice how in both anterior and medial views, the lateral (outer) side of the foot hits the ground first—this is indicative of forefoot varus!

For example, if the ankle is in subtalar neutral and an arch (regardless of height) forms but the person has forefoot varus, then they do not have actually flat feet—they simply pronate. However, if the foot does not exhibit forefoot varus in subtalar neutral and does not create an arch, then the person doesn’t pronated and truly does have flat feet.

Since the position of the feet in subtalar neutral determines the degree of pronation, the arch collapsing is not the real reason why people pronate. It’s simply an effect due to forefoot varus and therefore, an arch support is not the key to fixing your pronation issues!